What about Cybersecurity? Hacking a short history 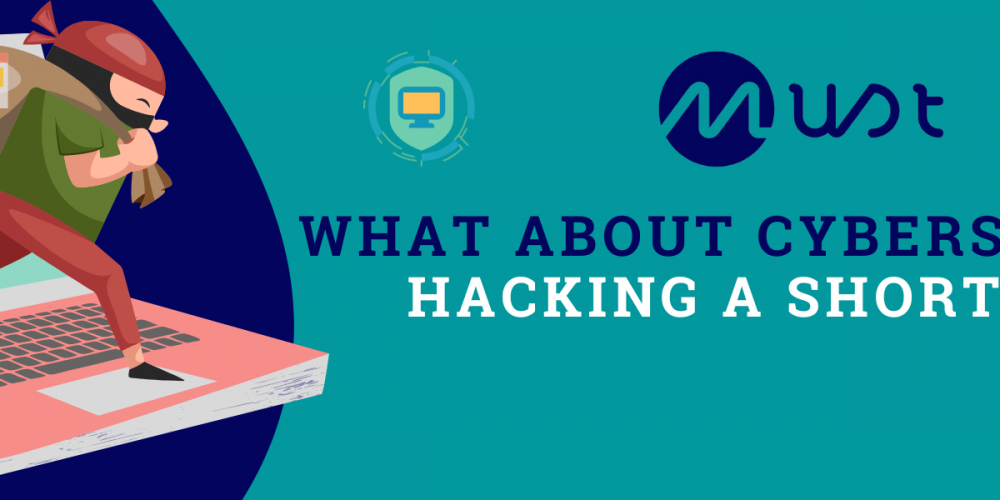 Common thieves, wishing to get rich by putting their hand in the others pocket? No, rarely they are… Are they the Robin Hoods of the Net? the legendary British outlaw one would think of. Well, it’s a little of that and a lot more complex…

Your data has a value

Hacking has been a growing problem since the beginning of this century, and can have very serious consequences if confidential information falls into the wrong hands. Intrusions into computer networks, combined with physical attacks, have caused many people sleepless nights, significant financial damage or physical harm.

Many people are still unaware of these facts, the attacks affect “small” as well as “large” companies, government agencies, NASA,… and even those who implement security standards and algorithms. Attacks affect everyone, at all levels: individual, community, organizational and national.

Everyone has assets, sensitive or private data, we all have some “market value” of exchange on the internet or dark-net, our private lives can be sold or traded.

Individuals learn about cyber attacks often once the damage is done to them… once our (your) data is hacked or hijacked, by the theft of credit card data from a merchant site, by a hijacked legal identity, by a hacker who breaks into your home via emails that seem relevant and authentic, or through your home automation/IoT network and takes control of your computers or spies on you without your knowledge.

For businesses, in a world of increasingly interconnected systems, theft of industrial data, intellectual property, or production line takeover is becoming a sad reality. Some, too many, are forced to close their doors because of a computer attack, others pay heavy charges…

Some attacks target the security of a country, others influence presidential elections, others affect pipelines in the US or paralyze French hospitals.

I’m not going to make an apology for hacking, but if you look for statistics on the web, you can find some worrying things about it:

You see, I would say that hackers are like you, me and the rest of the world. They like to find out what’s going on around them… they’re curious and intelligent. It’s true, we all have something we like and that characterizes us: some like to run, some like to climb, some like to take pictures…

Well, they like to find ways around the restrictions imposed on them, to find flows to break into other people’s lives or to go to places that other people don’t even think about.

They like to “poke around” … Hackers exploit vulnerabilities, just like burglars trying to break-in your home, but now in the digital world!

Don’t think you have to be a certain age to gain experience before you become a hacker. This is true for some, but it is definitely not always the case. The history of the last 30 years has given us many “personalities” who have made a name for themselves by their exploits at a very young age, I will mention only 3 that made an impression on me during my readings…

Even if this example is already 20 years old, remember that he was 15 years old, Jonathan James, when he managed to hack NASA and put its computers out of service for three weeks. He was prosecuted by the FBI after hacking into the computers of the Defense Threat Reduction Agency (DTRA), a division of the US DoD. Jonathan James became the first juvenile incarcerated for cybercrime in the US (The New York Times).

Also at the age of 15, Michael Calce (MafiaBoy) from Quebec shook the heads of various American corporations. In February 2000, under the pseudonym Mafiaboy, he made it impossible for users to access eleven websites, including Dell, E*Trade, Yahoo!, Amazon, eBay and CNN. At the time, the losses to these companies amounted to about CA$1.7 billion… to carry out the attacks, he used software developed by more knowledgeable “buddies”, carrying out denial of service attacks. In 2008, Michael returned to the forefront with his autobiography and since 2015 he has been writing cyber articles in the Montreal newspaper (wikipedia).

It is also a young man, Mr. George Hotz or George Francis Hotz (alias geohot, million75 or simply mil), born in 1989 who, in 2007, successfully jailbreaks the iPhone1 and gets another SIM recognized than the AT&T imposed one for his iPhone. Three years later, he was the author of a new success: hacking the Sony Playstation 3 in a few weeks, even though it had the reputation of being impenetrable. This prompted Sony to release an update to counter the flaw. The company went to court against the young man. They finally came to an agreement that George Hotz should never hack into Sony products again… Well, in meanwhile George found other interesting things to do… autonomous cars.

By their effects, the hacking allowed indirectly going forward. New safeguards and communication standards were developed to respond to the attacks allowing protecting the data, the assets.

The industrials place higher and higher importance in the battle against hacking. More and more large companies are recruiting ethical hackers to protect their resources.

Why do they do this? Simple, it’s economic… it is better to pay to protect than to pay to fix.

· Increase security knowledge and awareness for all employees.

Big companies are also involved in cyber education, and I will just give just the example of Microsoft who, according to tribuneindia.com, has offered Virender Raika, the son of a labourer in Kurukshetra, India, a reward of 560,000 euros a year for his extraordinary anti-hacking skills.

Must as you know is a Startup. But for us, right from the inception, cyber has been and still is an important concern every day. We take this subject very seriously.

Cyber is one of our areas that we also promote in Must HighTech Expo. We invite you to participate in our virtual exhibitions, on different high tech thematic and especially on cybersecurity.

View all posts by Marva OKILI →

The basic technology framework of a b2b metaverse

The Metaverse is rapidly expanding and emerging